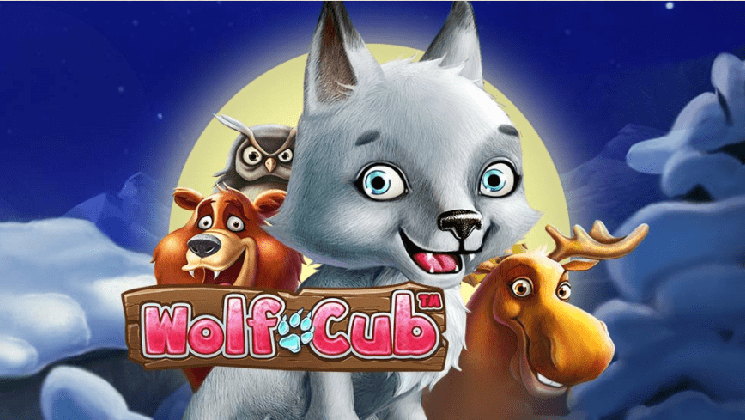 Wolf cub is a development by Net Entertainment; it comes with five reels and twenty payline. When making your bets on the spins, you can bet as little as 20p for a spin. The slot has been set up on a capped forest with five animals. This amazing animated slot has a free spins feature which can give you as many as 115 free spins. When playing the slot, be keen to check out on the symbol stacking on the first reel since all instances of the symbol will be spread from left to the first reel and this will leave the symbol in its blizzard trail. Before jumping into the game players can try Wolf Cub Slot for free, or visit any NetEnt casino such as: Slotohit Casino, Sapphire Rooms Casino, Chomp Casino and others to play with real money and win.

The beauty of Wolf Cub is that it can be played on desktop computers and mobile devices as well. Enjoy the slot by making bets of as much as £200 which can translate to huge wins when lucky on the two bonus features available for the slot.

The slot has been set on a snow-capped forest and the animation style of the slot is great thanks to the quality graphics used by the developers. Symbols you will come across include a lower valued wood carved heart, spade, diamond and clubs. You will also come across animal symbols which are wolf cubs, moose, bears, owls and snow leopards. The wolf cub is the most valued symbol and can earn you as many as 600 coins when you land five of them on a payline. 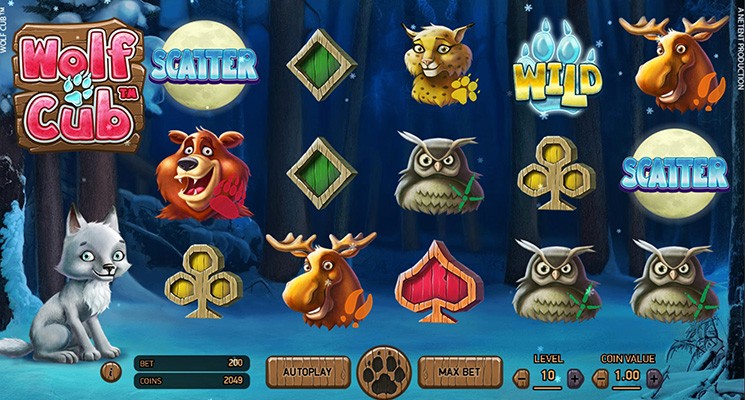 The wild symbol turns out to be one of the valuable symbols as it can earn you 2,000 coins or 100 times your bet amount when you have five of them on a payline. The symbol will also replace other symbols on the reels apart from the scatter.

The scatter has been represented by the moon silhouette and when you get three or more of these on a winning line you will have the free spins activated. Reels with the scatter symbol will spin with numbers and replace the symbols on the reels. The numbers will be added to give the free spins you need to play with. You can get as many as 115 free spins at the end of it.

The second feature is the blizzard feature that will be activated when the free spins feature is in play and will come to life after a symbol is fully stacked on the first reel.

Wolf Cub is a great slot by NetEnt created to serve all slot enthusiasts and we believe it meets the world class standards for online slots.

As a part of the welcome offer, JustBit Casino is going to reward all new players with a Cyber Citizen Bonus - sign up, make a deposit and receive 30 Free Spins to use on the “Tomb of Akhenaten”!

Winzz Casino appreciate loyal players, so every day of the week there will be a Reload Bonus available to claim, which upon activation will reward you with 20 Free Spins on the "Cuddless Royal" slot!