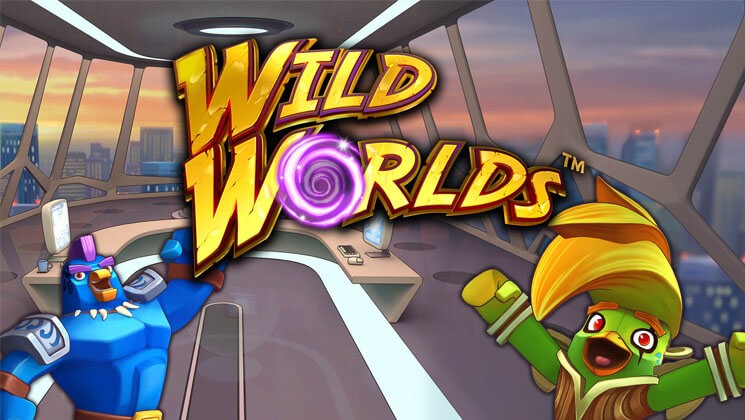 Swedish game provider released a new 5×5 cluster slot called ‘Wild Worlds’ which can be played from 0.2 to 400 EUR bet per spins. This slot is all about superhero birds which fight with different beasts. Let’s call them “Birdheroes”.

This slot looks like a modern cartoon with absolutely stylish Birdheroes. From the very beginning, you can find birdheroes sitting in their command center. When you start playing the birdheroes stands from the left side and over there you can see the enemy which should be defeated. And on the right side, you will find symbols on the reels with different values. There are pink green and blue symbols plus symbols with a hero face in a golden frame. Each birdhero has its own symbols and element. Bluebird symbolizes water, pink – thunder, and green – nature. 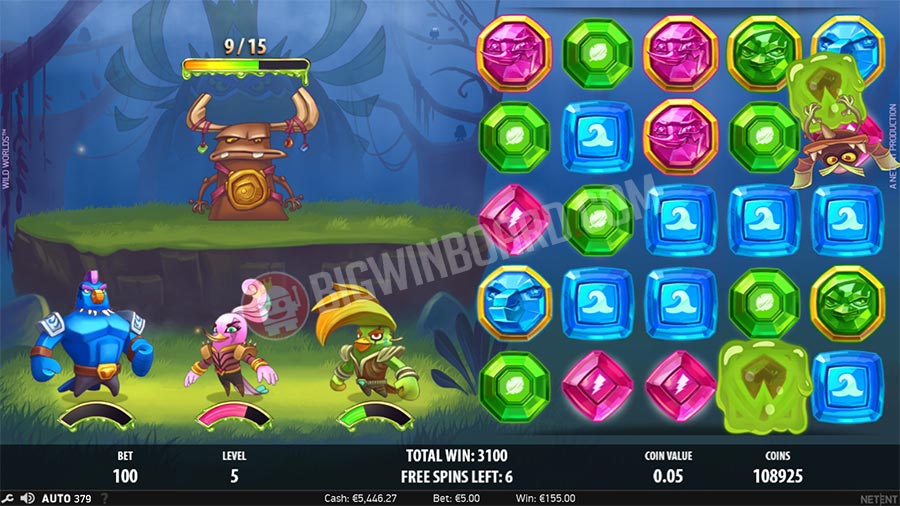 Now we will describe to you all the features.

There are 2 types of monsters

When the boss is defeated, the feature is retriggered and the player transfers to the next worlds in order to defeat with new beasts and has 8 free spins again. In order to defeat the monsters, the birdheroes should use their power attacks which can be made after winning combination that fill in the strike meter and the damage depends on the monster and attacking bird hero.


Overall it is an entertaining game and the players will be interested to try it. Not sure about playing this game every day but in the very beginning this game will be super popular because of its mechanics and design with heroes and enemies, worlds and superpowers.
If you want to relax and have some adventure experience you should probably try this new online slot.

Make a deposit in the SpinPug Casino on Wednesday or Thursday and receive a free spins bonus - the casino will credit you 100 Spins for free on the "“John Hunter and the book of Tut™” video slot!

Verify your phone number in the iLucki Casino and then you will receive 20 Free Spins - no deposit required! Bonus spins will be credited on “Aztec Magic” or “Aztec Magic Deluxe” slots.

Play in the ZigZag777 Casino during the week and receive a 15% cashback bonus! You can enjoy thousands of video slots, and in case you lose, the casino will pay back you up to €/$1000.