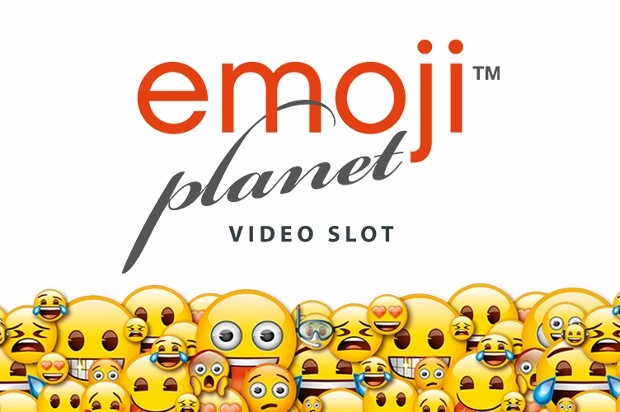 Emoji Planet slot is 5 reel 6 row video slot powered by Net Entertainment. As name of the slot suggests theme of Emoji Planet are phone icons that people use instead of words now called emojies. There are 8 different symbols that appear on the reels and they are present as a emoji icons, such as: the bombs, poo, two-heart symbols, as well as rockets, kiss marks, slices of pizza and smiley faces. Before investing real money players can try Emoji Planet Slot for free, or visit any NetEnt casino such as: Loki Casino, FreakyAces Casino, Royal Panda Casino and others to play with real money and win.

Like in many other slot, bets need to be places in order to play. Emoji Planet slot have four standart buttons Bet Level, Coin Value, Max Bet, Autoplay and Spin. “Bet Level” button is for placing coins per line and “Coin Value” will determine amount of the bet. “Max Bet” button is for placing highest bet amount. Using “Autoplay” button player can choose number of spins being played uninterrupted and when player is ready just hit “Spin” 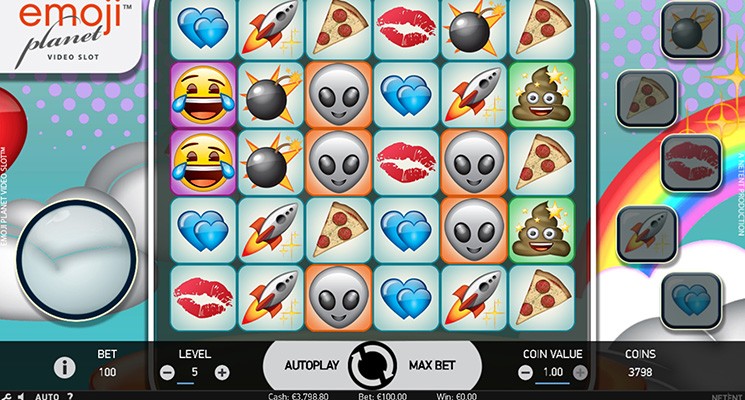 The game features five different bonus games, including:  Bomb feature, Pizza feature, Kiss Mark feature, Rocket feature and Two Hearts feature. Wild logo can appear everywhere and any time on the reel and it can be substituted for any other symbol. Keep in mind games have a corresponding meter.

Emoji meter will move up for each destroyed symbol and when the meter is full player will receive a special bonus. Free Spins, Sticky-Wild respins and more can be part of the special bonus.

As soon as Bomb feature is activated 8 random characters will be destroyed and for each symbol player will be awarded with a coin that gives up to 100x bet level.

When Pizza feature is tiggered, it will give 3×3 overlay of any regular symbol randomly appears on the reels.

3 Sticky Wild symbols will appear on the reels when Kiss Mark feature is activated. Each symbol contains 3 lives, so in total player have 9 lives and for any winning combo one live will be lost.

During Rocket feature, a stack of 10 Wilds will appear above the reels, giving player a winning combo. Two Hearts feature is used as a payout is multiplier.

If you rather gamble using cryptocurrencies, then definitely sign up in the Kosmonaut Casino; all players within this venue will be entitled to receive up to 21% Crypto Cashback Bonus!

Make a deposit in Divas Luck Casino using one of the supported cryptocurrencies, and you'll be instantly rewarded with an exclusive offer containing 500% Match Bonus - receive up to €$500 free!

Sign up in the Eddy Vegas Casino right now and upon account creation get rewarded with a no deposit bonus containing 24 Free Spins, usable on the “Dungeon Quest” slot provided by NoLimit City!